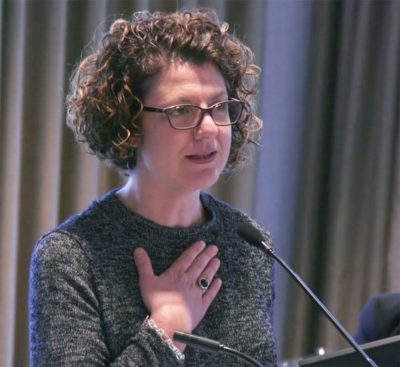 Island Prostate Centre just celebrated its 17th anniversary on November 1st. For 17 years it’s been helping local men and their families through one of the most challenging times of their lives. What would surprise many, is its team is only comprised of one part-time and three full time staff members.

“A lot of people still don’t know about us, and if people saw the magnitude of what we do on a very small budget, they’d be surprised,” says Leanne Kopp, Island Prostate Centre’s Executive Director. She has been with the centre for 13 years now, and 12 of those as executive director.

Between 700 and 800 men on Vancouver Island are diagnosed with prostate cancer each year alone. The centre sees about 300 of those men and strives to reach more.

“My number one goal is to no longer have to hear ‘I wish I had known about you when I was diagnosed with prostate cancer,’” says Leanne.

In addition to spreading awareness for the centre, Leanne and her team wish to debunk the common misconceptions they hear. Here are a couple of questions Leanne helps clarify:

You receive funding from Movember, right?
o Unfortunately, no. This is one of the biggest misconceptions that surprises many. Growing a moustache during the month of November does not directly support the centre or its programs.

What does Island Prostate Centre do?
o These are some of the services Island Prostate Centre offers, free to the public:
• Walk-in counselling appointments
• Counselling appointments over the phone
• Nutritional programs (twice per month)
• Support group meetings (once per month)
• Appointments with the centre’s Registered Nurse
• Exercise classes (twice per week at either PISE or Norway House)
• Walking groups (twice per week, throughout Greater Victoria)
• Workshops (twice per month) in collaboration with the BC Cancer Agency
o Aside from this community support, community awareness is another large piece of what they do. It’s their mission to educate men on the importance of annual screening.

One of the main reasons Leanne has stayed on with Island Prostate Centre for more than a decade is due to the many men and their families that they’ve been able to help.

“We get to see the direct impact of the work we’re doing. We see people at the worst times of their lives. For us to be able to help in such a big way, it’s great. We empower patients to feel like they are part of the journey, to understand their treatment options, and to understand any side effects for them and their family.”

Leanne was recently recognized by the Black Press in its ‘Women in Business’ feature. She was among three women who were honoured for their ongoing leadership and for being role models in the community. She doesn’t seek the spotlight and is in the business of making others feel better, but she is honoured and thrilled for the exposure this brings to Island Prostate Centre. You can watch her Black Press interview here.

Every dollar of your donation stays here on Vancouver Island to provide life-changing services in our community.

Subscribe to our monthly newsletter for the latest events, campaigns, and ways to get involved – direct to your inbox.

You have Successfully Subscribed!